Being Bad at Things

Today, I turned 30. Even at this advanced age, I recently realized something crucial: I’m not too old to learn new things. 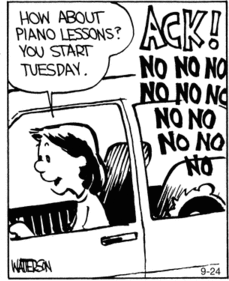 As a kid, I was bad at being bad at things. I excelled at certain specific subjects and skills, which made everything else seem like a waste of time. I wasn’t a “natural” at music, art, or sports, so I set them aside. Malcolm Gladwell claims we need 10,000 hours to master something, and nobody’s got time for that. I didn’t even have the attention span to thoughtfully practice something for twenty minutes. Programming was fun, so I programmed. Oh, how I programmed.

By 20, I felt good at making software. I was still useless at sports, art, and music, but that didn’t concern me - others were well on their way to mastery of those things. I could never catch up to them, their natural talents having been honed since they were children, and I was now hopelessly behind. Luckily, I knew the importance of focus: spreading yourself too thinly just leads to doing many things poorly. I would instead do one thing well, and come to accept that as an adult, I am now too old to learn new things.

In the meantime, I’ve learned various programming languages, tools, and a half dozen JavaScript frameworks. With this mindset, though, it’s always felt like work. I wasn’t “naturally” good at any of them, and the more different a new framework was from what I already knew, the more burdensome it felt to learn. I was happy enough to learn from examples and by doing, but sitting and reading pages and pages of docs felt like drudgery. Ten years in to having fun programming, I’d gotten good at learning by doing, but bad at learning intentionally. I just want to make great software exist. Can’t I just, like, type and have it be awesome?

It seems I’m not the only programmer to get stuck in this rut. Programmers usually enjoy learning their first few tools, but if we’re not learning to learn, we can get stuck in our ways. Before long, we’re the crazy old author who still uses a typewriter, damn it. Even in my 20s, I already was falling into this mindset.

Three years ago, I was having lunch with some of my friends from Nitobi. That day, Steve was pitching an idea that was clearly crazy: he wanted to start a hockey team.

Now, for your average group of Canadian dudes, starting a hockey team is a run of the mill thing. Hunt a moose, drink some syrup, start a hockey team. All in a day’s work. However, we were all programmers. Further, few of us had ever even played ice hockey. One of the proposed team members grew up in Algeria - which is very cool, but not the kind of cool that leads to ice rinks. The entire thing was crazy: we’re adults, and “everybody else” has been playing for years, if not decades.

I rolled my eyes and issued a challenge. “I tell you what. If you actually start a hockey team comprised of programmers, I’ll join your supposed hockey team.” 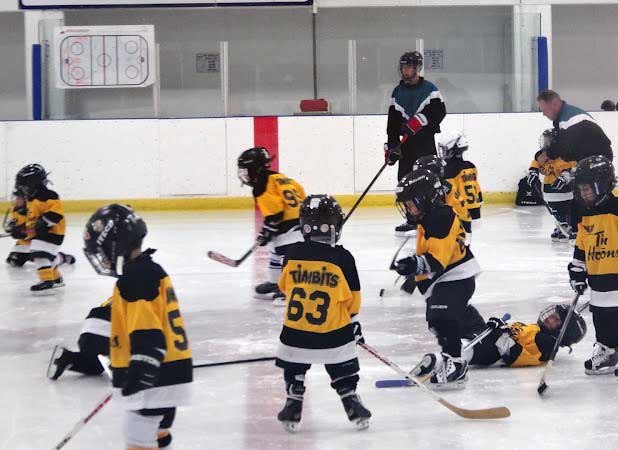 Next thing you know, I’m learning how to skate. As an assistant captain of a hockey team.

I’d never seriously played a team sport in my life, and so I was resigned to the idea that learning would be frustrating. Instead, it was damn fun. The low expectations I had for myself let me enjoy just being terrible, and building from there. As we all know, the only way to get good at something is to start out terrible and work hard, very hard, until one day you’re only kinda bad.

Over time, the skills I was learning in hockey transferred to other work I was doing. I got better at team communication, ignoring temporary discomfort, and spatial awareness. My general “stick-with-it-ness” improved, helping me grind through difficult tasks that needed to get done.

Recently I happened to go through some of my old schoolwork, and I was surprised to see how little of my learning at a young age was natural talent, as I’d thought it was, and how much was just repetition and motivation. My natural talents, it seems, were mostly illusions created by having practiced something. 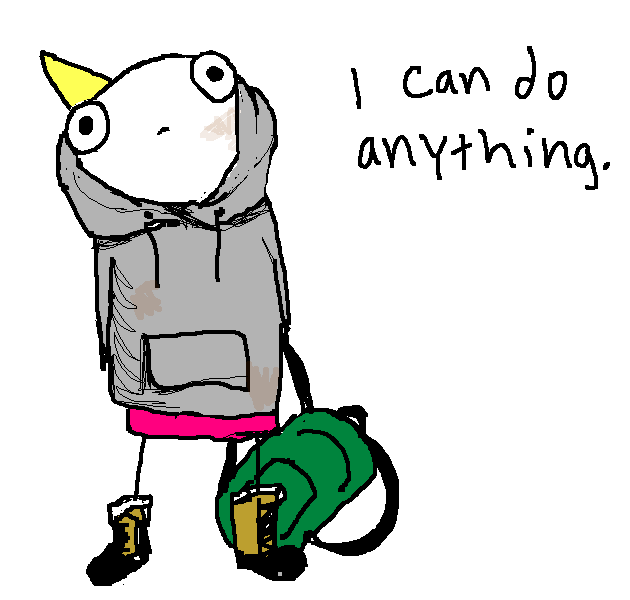 With my newfound power of enjoying being bad at things, my hobbies have flourished. I jumped in to learning guitar, writing regularly, singing, and podcasting. While on the surface these hobbies seem like distractions, they’ve all had positive effects on my other work and hobbies. I’m finally learning how to practice.

This week, inspired by the Full Indie Summit, I started to learn how to draw. And man, I’m bad. I’m so bad. But unlike 20 year old Allen, 30 year old Allen can have fun anyway. At least, as long as I’m slowly getting better. Perhaps, after a few years of hard work, I’ll be a natural.

So, today, I’ve stopped feeling too old to learn new things. Decades from now I may actually get too old. In the meantime, I’m going to go around being bad at things. Believe it or not, it’s a lot of fun.

← Schrödinger's Shift Key   A Lot Can Change in 6 Years →