Parents of young kids do a lot of explaining.

“Does Totoro have a brain?” I don’t know! I don’t think spirits have brains.

“What does ‘remiss’ mean?” It’s… when you didn’t do something you were supposed to do.

“Do letters exist?” Yes! Well. They don’t exist in that there’s no… actual A, B, and C out there somewhere. We just draw them ourselves. So… no? Hm.

It’s delightful how as strange as the truth may seem, young kids just take it in stride. They’re constantly collecting new and surprising information, processing it, and promptly moving on with their new reality.

Often, explaining like they’re 5 – or like they’re 3½ in the case of my daughter – forces you to think think surprisingly deeply. What is the difference between sneaky and tricky? How can I explain London in terms of what she already knows? As a bonus, the tricky questions are frequently mixed in delightfully simple ones.

What is a guarantee? Was Hamilton real? What does “being cheesy” mean? Is Queen Elizabeth old? When baby brother is born, will I be a grownup? Where do goblin sharks live?

Most of the time, it’s a lot of fun. One hitch, though, is that occasionally a kid’s question will land with a wallop. Your guard will be down – you’ll be in the middle of something else – and with no warning, they’ll knock you off balance.

“Where will I live when I grow up?”

First you go to give the simple answer – wherever you want to live, kid. But you pause. Who knows if she’ll decide to live nearby when she grows up – or if she’ll even be able to afford to? But those are my hangups, not hers. For the most part, the naive answer is true. “You get to pick where you want to live, Ellie.” It’s true enough.

Kid questions like this aren’t hard because the answers are unclear, but because they bring up big feelings. What do nurses do? Who is Mama’s mama? Is Gran so old that she’s going to die? What is a soul?

“Why can’t we see Mama and baby brother anymore?”

I picked Ellie up, and we sat down on the floor, across from the sign that said “NICU Reception”.

She reassured herself aloud: “We’ll be able to see baby brother when he comes home.” Heck yes we will.

“Is he such a cutie baby?” He really is.

As two rambunctious extroverts, social isolation doesn’t come naturally for my daughter and I. I know it’s for the best, but that doesn’t make it easy to wait around until baby brother can come home.

This wasn’t the plan, back when March 2020 commenced – many years ago.

But it’s clear now that all pre-existing plans are obsolete. The name of the game is adapting to being surprised.

And you know who’s used to being surprised? A 3 year old.

You see, a kid’s entire life, their daily existence, is about being surprised. Any plans a 3 year old makes are at best tenuous. Often, they’re literally impossible. But kids know their plans are fleeting, since their world turns upside down every time they learn something. So they process, and adapt. They might kick up a fit briefly, but then they adjust. By the next day their world is different, and they’re moving forward. It’s a goddamn miracle.

So my daughter and I made lemonade. We had long bath times, we moved to a deserted island. I taught her about blanket forts and pillow fights, and we watched quite a lot of My Little Pony. I even slept, which is not something I expected to do much of in the first 3 weeks of our new baby’s life.

And eventually, things worked out. Or, at least one specific thing, which was very important to me. At 3 weeks of age, baby Thomas Pike was given the green light and discharged from hospital. In fact, he’s hanging off of me right now. Say hi, Thomas.

He’s not much of a typist yet. We’ll cut him some slack.

Just like that, something that would have sounded like purgatory a month ago – isolating from the world in a 2-bedroom apartment with a newborn and a 3 year old – now feels like a gift from the gods. The world is still very weird, and things keep on changing. But being asked to explain each change to a 3 year old helps me feel ready to move on with each new reality.

“Is the aquarium closed because of the new germ?” Yup, you guessed it kid.

“Is baby Thomas a cutie cute boop?” He really is.

Heck yes we can. 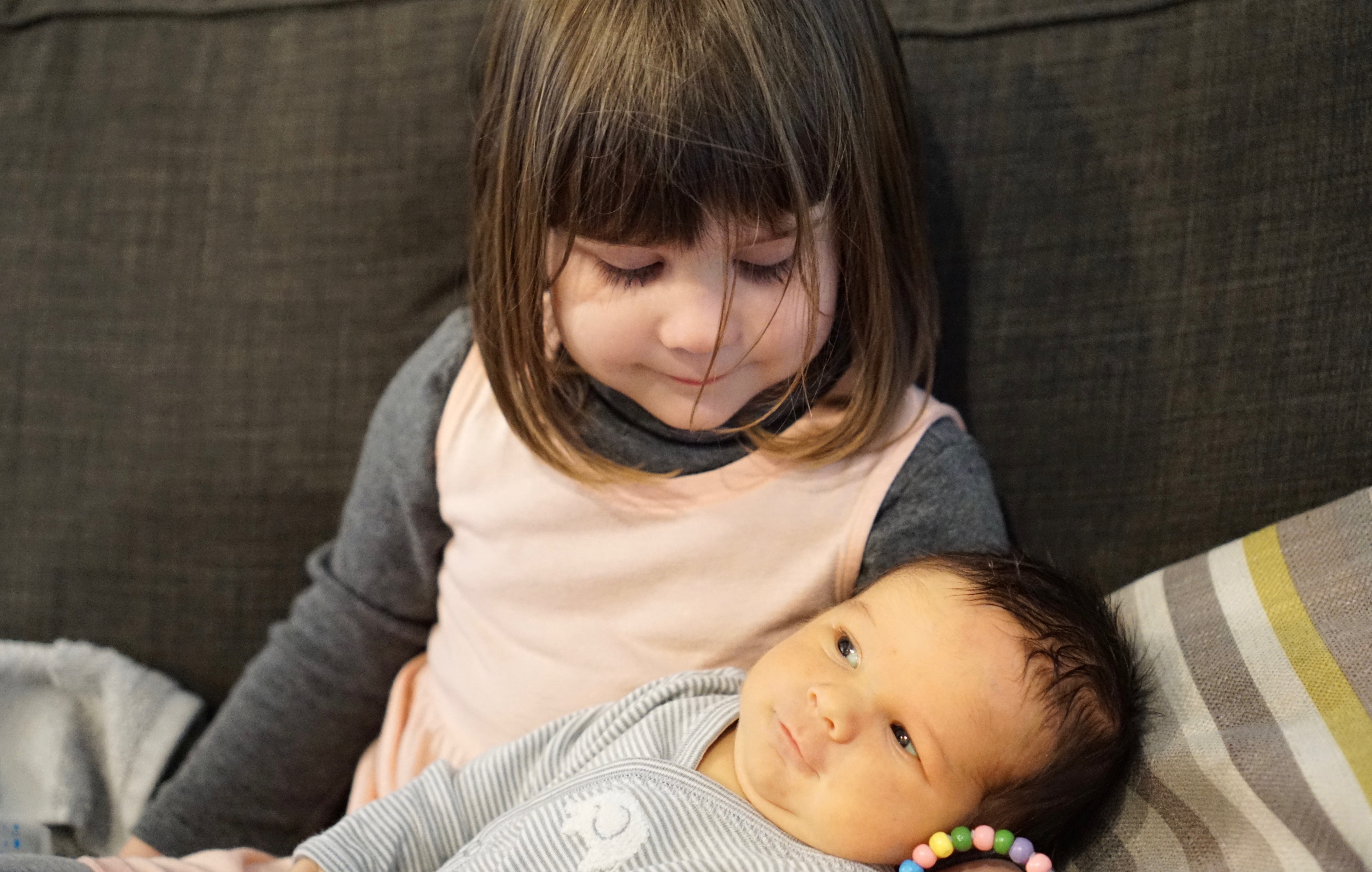 Next in the Moments in a Life series: 6 Months in the Closet →