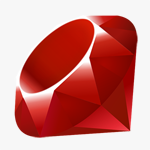 OAuth is the authorization protocol that Twitter ((Other sites provide OAuth too. As a matter of fact, very few OAuth howtos use Twitter as an example, even though it’s the highest profile user.)) provides to let third party apps use the Twitter API without seeing your Twitter password.

You might think the question “How do I use the OAuth Ruby gem to actually start an OAuth session with Twitter” would be easily answered on Google. It is not. There are a few reasons for this:

The Readme of the oauth gem, as well as the howto it links to on the topic is from early 2008, which is millenia in OAuth years, and is written from the perspective of a persistent Ruby process rather than a web app.

From the comments in that article, a lot of people are having problems, so here’s the current (as of late 2009) way I got it running:

Some things to note that are different than other howtos out there:

Alternatively, you can use a huge Twitter gem that does everything from OAuth to abstracting the Twitter API. I didn’t do that because I love the feel of Grackle, which is a thin wrapper around the Twitter API that just passes through your API calls, meaning it doesn’t need to be updated when the API changes, and it is very light weight.

If you have any tips on how to make my code more Rubylike, elegant, or have any other suggestions, please post a comment.