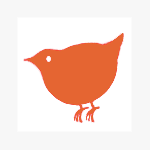 If you’re like me, you find Twitter can have a high noise to signal ratio. I wrote recently about stopping the fire hose for blogs, but it can be trickier on Twitter, where you don’t have Google Reader’s Trends.

To this end, I built a little tool to help you tone down your Twitter following list: Unladen Follow. It scans your incoming tweets, and uses some metrics to suggest people for you to unfollow. I imagine that an unfollow helper may be construed as antisocial, but I think of it the other way around. By unfollowing a couple spammy users, you can socialize with many more casual Twitterers without overloading your brain.

As you might have concluded from my recent OAuth howto, Unladen Follow uses Ruby, the OAuth Gem, a trivial amount of Rails, and a fair bit of Javascript ((I originally used Grackle, which has a great design: instead of wrapping the Twitter API, it dynamically passes Ruby calls into API calls, making it lightweight and resilient. Unfortunately, a memory leak in the package motivated me to move most of the server code into the client. I considered also dropping Rails for Sinatra, which I will do if performance becomes a problem.)).

I have a todo list for version 2, but I’m curious what the Twitter users in the crowd think of it. Is it neat? Is it useful? Is it evil?