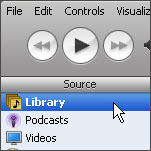 Everybody knows that iTunes sucks. It’s a giant kitchen sink piled high with loosely related features, and it’s highly un-Apple-like. Users know it, critics know it, and you can bet the iTunes team knows it. But for the love of god, why?

Except that they can’t split iTunes into multiple apps because many, if not most iOS users are on Windows. iTunes is Apple’s one and only foothold on Windows, so it needs to support everything an iOS device owner could need to do with their device. Can you imagine the support hurricane it would cause if Windows users suddenly needed to download, install, and use 3-4 different apps to sync and manage their media on their iPhone? It’s completely out of the question.

Jason Snell points out that when the Mac App Store launched, it was a separate app instead of shoved into iTunes. A sign of things to come? No, just functionality that isn’t needed on Windows.

Besides the app splitting issue, it’s important to remember that iTunes is the most prominent Apple app that isn’t a modern Cocoa app. Almost all the apps that ship with OS X have been ported to modern Objective-C, except for iTunes: everybody’s favorite cross-platform behemoth written in C1. That doesn’t forgive its issues, but it does help explain them. 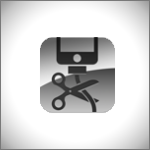 iOS 5 is the hero in all of this. As iCloud duplicates more and more of iTunes’ sync functionality, they can start removing it from iTunes. Apple is very explicit about it in their marketing materials: they call it “PC Free”. They’re not quite there yet, but they’re driving towards a future where you don’t need to manage your iOS device with a PC at all - Mac or Windows. PC Free is the golden ticket to cutting the kitchen sink out of iTunes, and golden it is.

Don’t get me wrong - there are other reasons that iTunes blows. Craig Hockenberry brings up the legal complexities involved. Everybody knows that syncing is an insanely hard problem to perfect. That said, if you’re looking for something to blame, then blame Windows. At least, for now.