Today we launched Party Monster, a beautifully simple queueing DJ app for iOS. Below is the video we produced to celebrate the occasion. People have really loved the app video, so I wanted to share what goes into making one.

So we made an app. Now what?

Party Monster is our third app, and we’ve become more ambitious - we want to make a splash. Making the product rock is the first step, along with crafting a good icon, screenshots, and so on. The keystone to a good app promotion campaign, however, is a solid video.

To get started, we recruited the awesome Kyle Richtsfeld to film, direct, and edit the promo. Kyle had the equipment and the connections - all he needed from us was a script.

With “party” right in the name of the product, we got to brainstorming how to believably stage a party. A polished video with a crowd dancing to the beat and having the time of their lives listening to our app sounds perfect, right?

Yet going all-in on a party could typecast the app - it’s at least as good at running the music for a road trip, a coffee shop, or just as a personal music player. Hence, grand visions of renting a car and filming a road trip scene on the Sea to Sky Highway danced in our minds.

Right, so how many extras do we need? What is the weather going to be? Where are our sets? We soon realized that all of this would cost a boatload, and worse, we weren’t experienced enough to be sure we could make it awesome.

Even forgetting the cost and the risk of it sucking, showing party scenes and road trips wouldn’t even give a clear idea of how Party Monster actually works. As we learned from the promo videos for Clear, Sparrow, and Flipboard, a well executed spot can get people excited to try your app by showing them how to use it.

I wrote a very simple script showing me flatly explaining that I was hosting a party, then demoing a few features of Party Monster. It did a good job of demoing the app, but wasn’t exactly entertaining. Later that day, we happend to be brainstorming ideas for a new app icon, our first icon approach having failed. 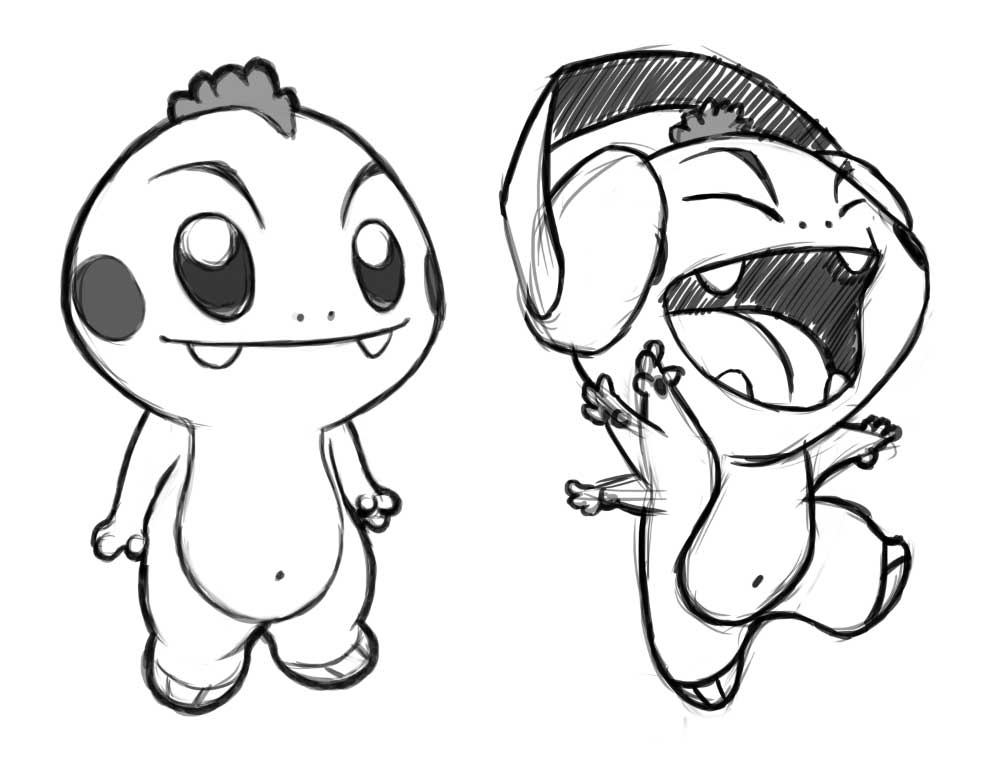 As an aside, we spent quite some time working with the talented Ryan McMaster on icons for Party Monster, focusing on designing a literal monster. After many iterations, tweaks, and improvements we tried putting the monster into an icon, and were immediately struck: it looked like an icon for a game! On the App Store, where the icon is a huge indicator of what you’re buying and half the apps are games, we had to give up on having a monster on the icon. Honestly, it was sad because we’d grown to love the little guy.

Going back to the drawing board, we settled on a disco ball with horns as the icon design. Within an hour or two, a disco ball had worked itself into the video script as well. Of course, this necessitated actually acquiring a disco ball, along with some dramatic lights from our friends at Pacific Theatre.

The filming day came, and we arrived on set: specifically, our camera guy Dimitry’s living room. I was immediately skeptical. “It doesn’t look like night time in here - there’s way too much sunlight.” Dimitry switched on a properly hued floodlight, and bam - it looked like nighttime. The magic of film.

The most time-consuming part of filming was getting the “disco ball moment” just right. After configuring the lights so they were shining on the ball but not my face, we needed a couple dozen takes with one person holding the mic, one person running the camera, myself reading the line, and my co-founder Nigel lowering the disco ball into the frame at just the right time. Getting everybody in sync took a bit of practice.

Halfway through filming, we realized we needed to also show the iPhone version. I proposed just simply holding up an iPhone and declaring “also works on iPhone.” Nigel joked that if we did so, we’d also need a tiny disco ball to drop into the frame on top of the big “iPad sized” disco ball. We all laughed, until Dimitry piped up: “We have a tiny disco ball.” Next thing you know, we had two disco balls in the video.

In the end, our 60 second video took almost 10 hours to film, and later an additional 2 hours to to dub over narration that wasn’t high enough quality in the original take. The incredible thing about filming taking so long (an hour for every 6 seconds) is that it wasn’t due to any big mistakes or lack of preparation. We had a script, the lights were all on hand, and we didn’t cut much. Most of the time was getting the shots, reads, focus, and details just right.

In retrospect, simplifying the script was a huge win. If we’d gone ahead with our original ideas for the video it would have been crazy expensive, taken forever, and not turned out as well. Just as in software, simplifying your video is the secret.

Further to the point, weigh your options before you decide to do a live-action promo shoot. If your app doesn’t have any unusual gestures or use cases, motion graphics showing a demo can demonstrate it almost as well, with less complexity. That said, if you’re willing to put in the extra work the live-action approach gets a much stronger reaction from people than flat graphics.

Another thing that helped immensely was having an edited and iterated script on hand. It seems like you could demo your own app fluidly and convincingly on the spot, but the script saved us a tonne of time and increased the quality a lot.

One thing that I would do differently is put more time into preparing demo data before filming. We ended up making a last minute decision to use sarcastic song names (“Great Song”, “Terrible Song”) which wasted some time and effort to set up during filming.

Of course, we couldn’t have done any of this without the help of our crew, Kyle and Dimitry. Even having been through the process, there’s no way we’d do it ourselves next time. Thanks guys!

And so we launch

At last, Party Monster is now live on the App Store for $1.99. Check it out and let me know what you think!

Next in the Steamclock series: Maximum Viable Products →