A Maximum Viable Product is a product that is as good as the market will bear. 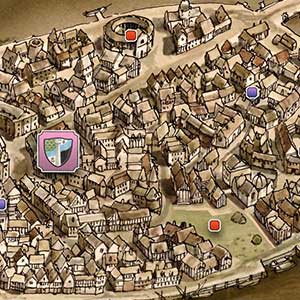 At Úll this year I was inspired by a talk by Dave Addey. He described the process of creating the ridiculously detailed Discworld app, through labour and love. The project took 8 months, including two weeks straight of personally creating mask images for buildings by hand. His team went to great lengths of craftsmanship and focus to create something deep and alive. I was excited to hear how this team was building a business around this kind of high quality content app.

Three months later, Dave announced that the team has disbanded.

Studios that build ridiculously polished stuff are often fragile, and it pains me to see them go away. Is there a market for ebooks as polished as Push Pop Press’ Our Choice? I’d like to think so, but I’m not so sure. Either way, we’ll never find out.

Building a company around Maximum Viable Products is hard. 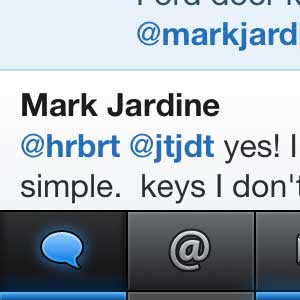 Some commenters on Agant’s closure likened their extremely high quality content apps to the ill-fated multimedia CD-ROM industry of the 1990s. They’re beautiful and thoughtful, but the production value is “too high”. While I think that’s overly harsh, perhaps lush content apps like this aren’t viable. Maybe they’re just maximal.

The problem is that nobody needs a maximal product. It is a luxury item. Nobody needs a Bugatti Veyron, or even a BMW M3. Yet we are fascinated with these products and what they represent: quality and focus, craft and skill. Meanwhile, your mom is going to buy a Ford, and she’ll download whatever apps are in the Top Free list.

We enthusiasts love maximal products because they inspire us and delight us. As such, we support these highly polished apps. We buy them, we write about them, we celebrate them, and we buy the t-shirt. We pay $2.99 each to try two different alternatives to the free Twitter app. These fans love what you’re making so much that they can support your business.

We call these folks prosumers. Consumer enough to care about polish, craftsmanship, and the emotion behind your product, yet still pro enough to put money where their mouth is. They are enthusiasts, either of the task at hand or of apps as a craft. 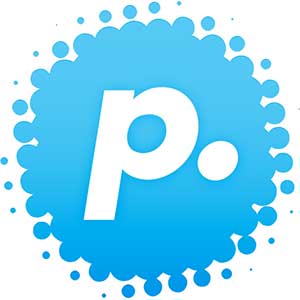 Panic’s success at building a company around maximal products has earned them the adoration of virtually every indie Mac and iOS developer. Thousands of people, myself included, have started a software company inspired by Panic, but they still stand out as one of the most successful at building this type of business.

Panic’s formula isn’t simply to make great software. They make great prosumer software. Transmit and Coda are classic prosumer fare: they are human-friendly apps that help you get a job done, whether it’s your hobby or your profession.

We’ve learned this formula the hard way at Steamclock. Our most consumer app, an entertaining photo browser, makes the least. Party Monster, which is more prosumer and enthusiast oriented, makes about 10x as much. WeddingDJ, our most pro app of the bunch, makes 10x as much as Party Monster. WeddingDJ might not seem very pro until you think about how folks approach their weddings: more or less like a job. As it happens, a lot of semi-pro DJs use WeddingDJ as well.

Prosumer software will always be ground zero for Maximum Viable Products, and great indie software in general. The consumer aspect drives the inspiration to build a maximal app, because developers can deeply relate to the users. The pro bent provides the viable part of the equation: the app’s purpose is important enough to its users that you can make a sustainable business out of creating a fantastic version.

If you want your maximal products to be viable, target prosumers.

Yesterday Apple launched a promotion where some of the best apps in the store are free. Who is going to buy a competing app when a competitor is free?

Hint: it’s not your mom.

Update: I gave a more in-depth talk on this topic at Çingleton 4 which is available online.

← Searching the Curatorium   iOS 7: Catch Me if You Can →