The end of Rich Corinthian Leather

Today Apple announced that Scott Forstall is leaving the company, his responsibilities to be split among a number of other executives. Among these assignments is this big change:

Jony Ive will provide leadership and direction for Human Interface (HI) across the company in addition to his role as the leader of Industrial Design.

Thus ends the reign of skeuomorphism at Apple. Or, at least, the reign of hyper-realism and hyper-whimsy in UI design. Jobs and Forstall always seemed to favour it, and the trend has spawned a considerable amount of backlash. Now can you imagine Jony Ive signing off on a Podcasts app where half the screen is a reel-to-reel tape that bounces when you pause? 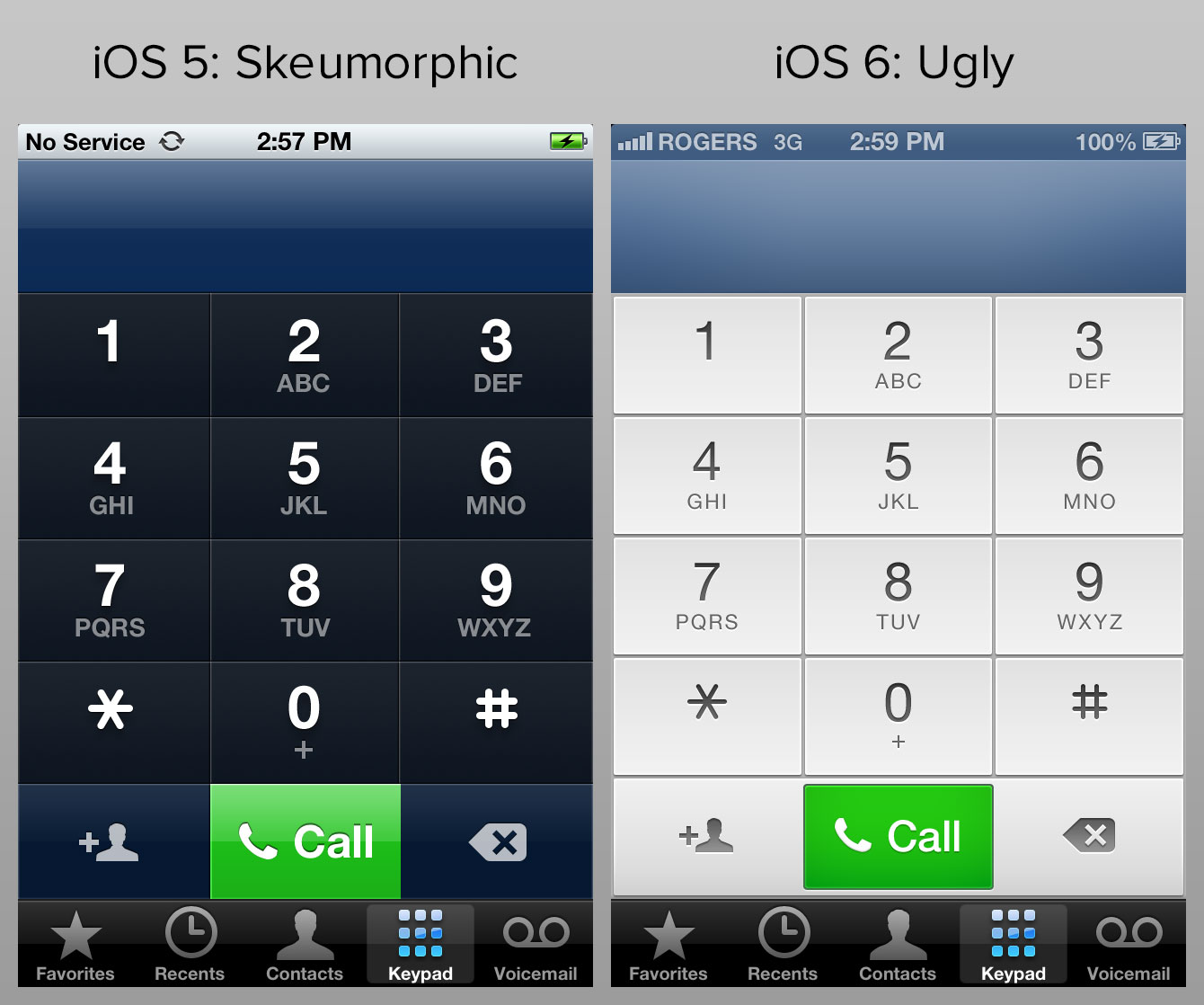 Of course a flat look doesn’t need to be butt-ugly like the dialer app - Metro and Letterpress are two great examples. Apple will find their groove, and in a couple years we’ll look back on that Podcasts app reel-to-reel as the 1959 Cadillac Eldorado of skeuomorphism. That is, until it becomes cool again.