Being real brings the haters. 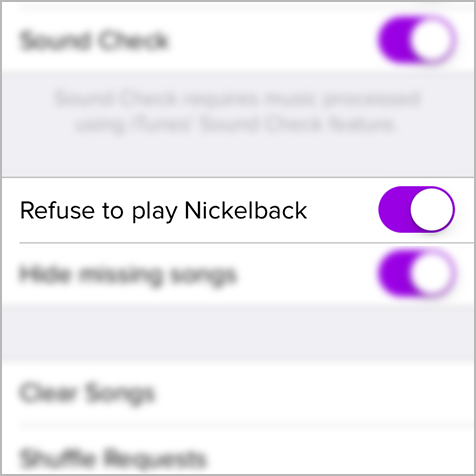 One year ago, we released Party Monster, our fun little DJ app for parties and road trips. We take our work seriously, but we included something a little unprofessional: by default, the app wouldn’t play Nickelback. Here’s what reviewers had to say about it:

“You know you want to check out an app with a “Refuse to Play Nickelback” preference setting.” - John Gruber, Daring Fireball

“I am very unhappy with this as it is not there right to band certain artists especially when you have paid for the app and created all the playlists for your wedding. Very displeased!” - Junomei, one star app reviewer

“Congratulations on subtracting functionality for the sake of a circlejerk, you obnoxious cunt.” - eifersucht12a

Wait, what? We did something unprofessional and knew we might get some blowback, but I was surprised by that last one. I shouldn’t have been - this is what happens when you reveal the awkward truth: you’re a human being. 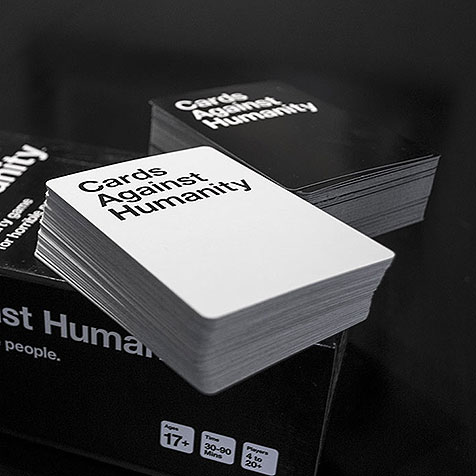 The behaviours that make us human are not professional. Honesty, frankness, humour, emotionality, embracing the moment, speaking up for what you believe, affection, sincerity. Quoting extremely offensive trolls. These are all things that will make some people love you and others hate you. When you get more attention, these aspects of your personality fuel the inevitable backlash. As your audience grows, the chance of any given action triggering criticism asymptotically approaches 100%.

“Look on Twitter, look at the @-reply stream of a celebrity, or somebody with 100,000 followers or more. Look at Gruber’s @-replies. Look at anybody who has a large following who says anything of any value ever. You’re going to see hundreds and hundreds of people calling them an asshole and calling them an idiot.” - Marco Arment, ATP 41

It’s particularly bad if you speak or write on a broad range of topics. If you write about a very narrow topic, for example Objective-C, you won’t get as much crap. People will only listen if they’re interested in Objective-C.

If you have a broad range of passions, however, you will subject fans of some passions (say, productivity) to your other passions (say, comics). Some of your audience will be annoyed because they don’t care about comics, and won’t be equipped to have a thoughful conversation on that topic. Similarly, we get shit when our otherwise useful music app refuses to play Nickelback. It would be a lot easier on us if we all just stuck to the script.

“If you want to get better at what you do, and you want to make better things, you are going to have to make your peace with the fact that it’s going to be out there. People are going to think what they think of it, and you have to decide what their response to it has to do with what you decide to do next. I would hope that strangers not liking what you do is not going to stop you from doing things you want in the way that you want. Until you can make your peace with that, there’s a pretty good chance that you’re not going to make that much cool stuff. “ - Merlin Mann, Back to Work #149

People with audiences have three potential strategies for surviving the shit generated by being a human with an audience:

All three of these strategies are valid. All three of these are preferable to taking all available feedback, and reducing what you do to boring pablum that isn’t worth giving feedback on at all. We can take our work seriously while still being ourselves.

This year, I’ve been more myself in public, and taken more opportunities to be unprofessional. Unprofessional in the best possible sense: taking my humanity just as seriously as I take my profession. It generates a lot more feedback, positive and negative. Still, I encourage you to try it.

Next in the Best Of series: Feeding the Baby →