Finding a co-founder gets weird.

Finding a great technical co-founder is an incredibly difficult yet critical part of starting a business. Given that, folks often ask how I met Nigel, my co-founder at Steamclock. As it happens, we met in a relatively unusual way.

You see, in high school I was a theatre kid. I acted, I ran lights, I did improv – I even did a bit of writing and directing. In retrospect, it was the perfect crash course in public speaking and teamwork, and should be required coursework for shy nerds everywhere.

Anyhow, at our school every student needed a certain number of official work experience hours to graduate. Our theatre department was in the business of organizing those work placements, specifically for performing arts. Sometimes it was commercials, sometimes we were stage extras. Strangely enough, I ended up playing a soldier in a couple operas. As fun as that was, my career goals were more technical than theatrical. Fortunately this got Patricia, my theatre teacher, thinking outside the box.

As luck would have it, her husband was a senior game developer at a local game studio called Radical Entertainment. Instead of setting me up for another acting gig, she asked him if I could do a work placement at Radical.

Obviously, this was the most exciting thing to happen since ever. By that time I’d concluded that I would one day be a game developer, and as such I’d spent years writing terrible games in cutting-edge tools like QBasic, C++Builder, and PHP. All this hard work was finally going to pay off. I was going to see how a real game company worked!

Before you know it, I was signed up, given an access badge, and set up with a PC, Visual Studio, and a menacing mountain of source code. At that time they were working on a AAA game called Simpsons Hit & Run – far too important a project to let some high school kid touch. 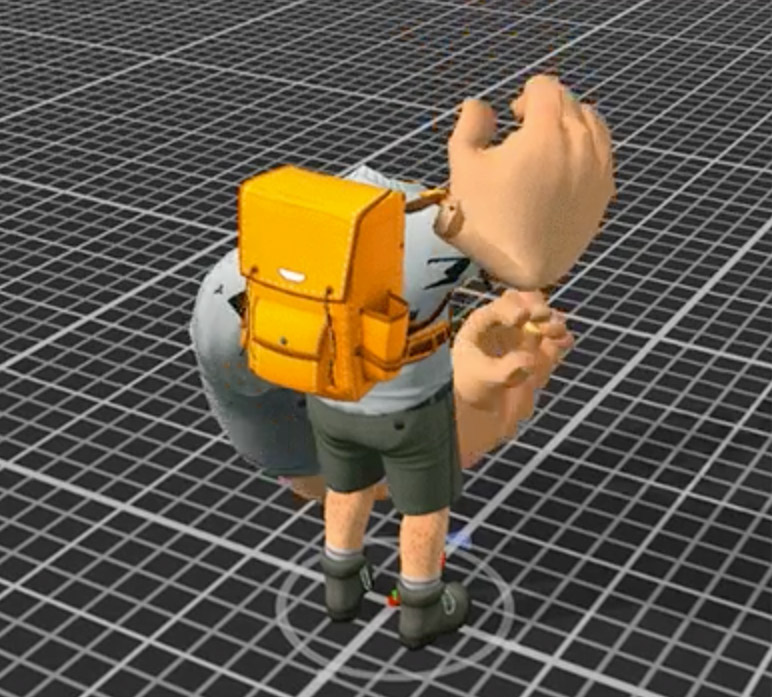 Luckily, one of their internal tools had some nagging intern-sized issues just waiting to be scratched. For each game the artists would build their assets, then use a previewing tool to see them in 3D before loading them into the full game. As expedient as this was, the previewer had a really rudimentary camera system and was difficult to use. My first task was to simply add a dot where the virtual camera was pointing in 3D space. Just a little dot.

At first it was daunting. Then it was fascinating. A couple days later, it was done. I had a dot – my dot – displaying in 3D space. I rotated it around, moving the camera, and observed what I’d created. Seeing this little dot come to life was unbelievably, irrationally exciting.

The rest of the placement flew by – making other improvements, adding color-coded axis markers, improving the mouse controls, and learning the joys of source control. It was short and sweet, but left a permanent impression on me as I started applying to universities and planning out my career.

And as good luck would have it

A couple years later, as I was working through my Computing Science degree, Patricia got back in touch. She was starting a community theatre company and was wondering if I could play a part in their first production: Midsummer Night’s Dream. I agreed, and through those shows I got back in touch with her husband. When he wasn’t putting on Shakespeares, he was still toiling away at Radical, which had since been acquired and subsumed into the Activision Blizzard juggernaut. We worked on a half-dozen shows together, chatting between scenes about making software and the trials of working at a giant corporation.

One fateful day as we chatted backstage, he mused that he was thinking of starting his own company. Funnily enough, I was planning to do the same thing. Within a few days we were sketching out what would become Steamclock – and that’s how Nigel became my co-founder.

So when people ask me how to find a co-founder, I first ask if they happen to be in a high school theatre program run by somebody married to a software engineer. If not, I generalize my advice somewhat: start with somebody you’ve worked with before.

A business is in many ways like a marriage, and the only way you can be sure somebody will make a good teammate is to try working with them. Whether you work with them on tiny 3D viewers, Shakespeare productions, or maybe even useful software – that part is up to you.

Next in the Steamclock series: Diagrammatically Correct →