Yesterday, Brent Simmons shut down Vesper. It was hard for Brent and the team at Q Branch. Endings are often sad, but ending a software product stings in a unique way.

Software is deeply impermanent. While it is often built painstakingly and methodically, it is experienced ephemerally, in the moment. Apps are hard to preserve for study or posterity. Network-backed apps, doubly so.

Worse, software only stays alive with diligent maintenance. Left alone, the wheel of technological change soon breaks the assumptions underlying the code. This kills the crab.

It can be deeply unsettling – our best work is cyclically swept away. On the other hand, it’s why software is such a wonderful and exciting field – everything is always new. 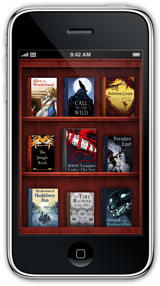 The early days of the App Store were all about polished new apps on a polished new platform. While web developers have long thrown up experiments and demos to gather feedback and gauge interest, the App Store took a different tack:

Demos, betas, and trial versions of your app don’t belong on the App Store.

iOS was about finished software, and the attention, novelty, and profits that might follow. While traditional paths to sustainability like upgrades or subscriptions were missing, the hit-driven nature of paid apps and top charts meant that the focus was squarely on a great launch.

At Steamclock, we repeated these steps a few times. We did manage to disprove a couple ideas with quick prototypes, but once we got excited about a project, it would take on a life of its own. Our love of the craft would kick in, and we’d be driven to share it with the world. As much as we love shipping polished software though, it’s a shockingly expensive way to test whether or not people will pay for something.

This is, of course, common sense and well known in our industry. You need to be shelving a certain percentage of product ideas at each step in their evolution, rather than just at the idea stage or far later when they’ve proved wildly unprofitable. Sometimes, I suppose, an obvious lesson needs to be beaten into one’s skull.

So, more recently, we’ve been attempting more ideas but shipping fewer attempts. Less wood behind more arrows. In the time it takes to polish and ship one app, we can do prototyping and market research on a dozen. Since we retired Prism, we’ve prototyped a Meetup competitor, an Apple Music app, an iMessage app, a podcast recording service, an Android music app, an invoicing system, and even a strategy game. We’ve had fun and learned a lot.

Now, most of those prototypes will never turn into a profitable product, but I suspect one of them will. Killing the others isn’t fun, but you’ve got to know when to fold ‘em. That’s what makes the difference between toiling for too long on something not enough people will pay for, and having the bandwidth to ship something new that changes the world.

Or, at least, keeps the lights on.

Next in the Steamclock series: The Disclosure Indicator →