Bright Side of the Moon

Most things in our world are continuums: you can have none, a little, a lot, or the whole thing. A few things are binary – it’s either there or it isn’t. A total solar eclipse is one of those binary things. Even when the the moon has covered 99% of the sun, our star is still blindingly bright and indistinctly shaped. When you get to 100%, then bam: you can behold the sun’s corona with the naked eye, one of the most beautiful things there is to see.

We often think of life as one of those binary things – either somebody is alive, or they aren’t. Terribly, many illnesses don’t really work that way. Symptoms appear, they’re eventually diagnosed, and over time they wear a person away. The processes can be long, disrupting and eventually ruling lives, before they actually run their course.

That’s been my fear since last April, when my mother-in-law, Ann, was diagnosed with Stage 4 cancer. There is always grief when you learn you’ll lose somebody you love, but once you absorb that and come to accept it, there’s the second round of grief about how much somebody you love is going to suffer.

While that is where a lot of our minds went, Ann was smarter than that. She knew that a life is better spent looking at the bright side. She took her diagnosis as a challenge: what can I do with the time I’ve been given? She travelled the world with my father-in-law Brian, going on one new adventure after another. They saw New York, Louisiana, the Shetland Islands, and more.

One adventure they were looking forward to was seeing the total solar eclipse in Oregon. Brian has long been an astronomy and photography enthusiast, and this year’s eclipse was a once in a lifetime opportunity. Even when her condition’s progress made it clear she wouldn’t be well enough to make the trip, Ann insisted he go. He was hardly keen to be away from her, but protesting would surely elicit the response, “Och away, don’t be daft” – which roughly translated from Scottish means “Stop arguing, you’re going to go see a total eclipse”.

Doing that trip in one night is almost possible, but the drive from Vancouver is more than 7 hours each way – a bit too much for for one driver over one night. So, I offered my assistance. Brian and I would head down, take turns driving, and be back the next day.

That Sunday morning, we filled the car with snacks and camping supplies, and headed for the town of Madras in the high desert of central Oregon – arguably the best place in the world to see the eclipse. The trip was long and traffic was slow, but late that night we made it to our makeshift campsite, in a makeshift parking lot in a dusty field. It wasn’t much, but surrounded by thousands of other eclipse-chasers, it felt like something special.

The next morning we set up our tripods to take some photos, commiserated with the crowd, and watched the desert grow dark. Then, all at once, the sun was gone – replaced by the blackest black you’ve ever seen, surrounded by an otherworldly crown. The crowd cheered, the stars twinkled, we both cried, and some smart-ass a few rows over played Dark Side of the Moon. 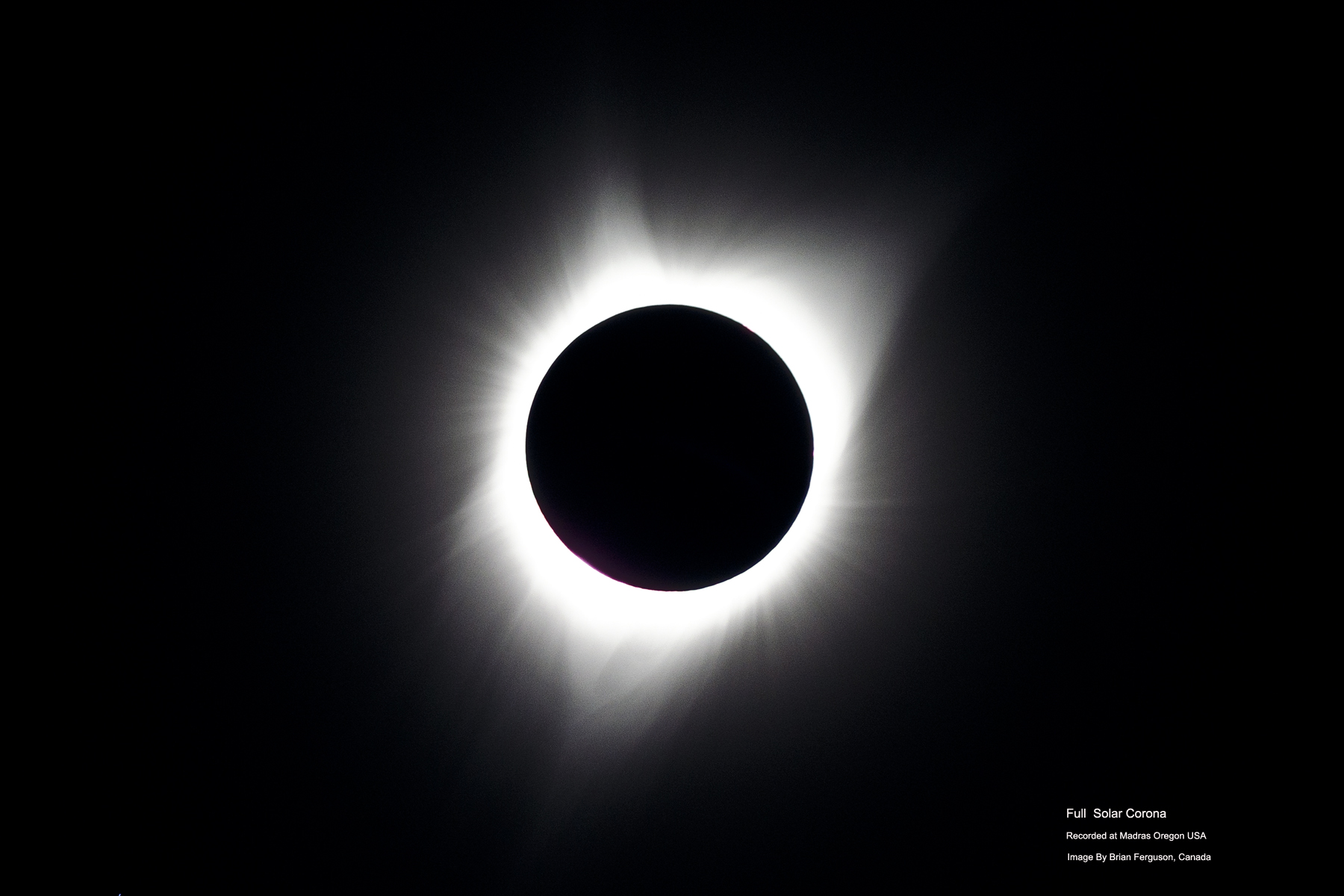 As breathtaking as it was, we wanted to beat the rush getting back. You see, Madras has a population of 6,000 people. In the preceding days 100,000 tourists had filtered into town for the eclipse, and were all now considering how much longer they wanted to hang out in the middle of nowhere. Once the sun burst through on the other side, we finished packing up and started our journey back home. We drove roughly 100 feet before the parking lot came to a standstill.

And there we remained for the next seven hours.

Yes, I spent seven hours of my life waiting in line to leave a parking lot. I’ve been in bad traffic before, but I don’t think I’ve ever been in traffic so bad that people actually pulled out camping chairs and set them up in the shade of their car.

When you’re stuck in a desert parking lot for 7 hours, a lot of questions go through your mind. Early on, there are logistics. Did we bring enough water? How long can we run the AC before we run out of gas?

Then, worrying. Is Karen okay taking care of both the baby and her mom? What if something happens to Ann while we’re stuck here?

Then, desperation. Could we tape a road map to the windshield to create some shade? (Turns out, yes.) Would restarting my phone again get me a reliable signal? (Turns out, no.)

Around dinner time we made it out of the parking lot, and eventually we made it to the back roads of Washington State, following a long line of Google Maps devotees down the least-bad route home. After 1300km of driving and a rest stop in Tacoma, we finally made it home the following day, photos in hand and memories in heart.

In life, one constant is that you never know. While Ann had recently received a prognosis of months, later that night she passed away – peacefully, and surrounded by family. We like to think she was holding out for us to get one last trip under our belts – a gift to us.

← Do Not Disturb While Living   Developing for iPhone Pro →