The Case of the Missing Tuna

DoorDash loses money on me for the last time. 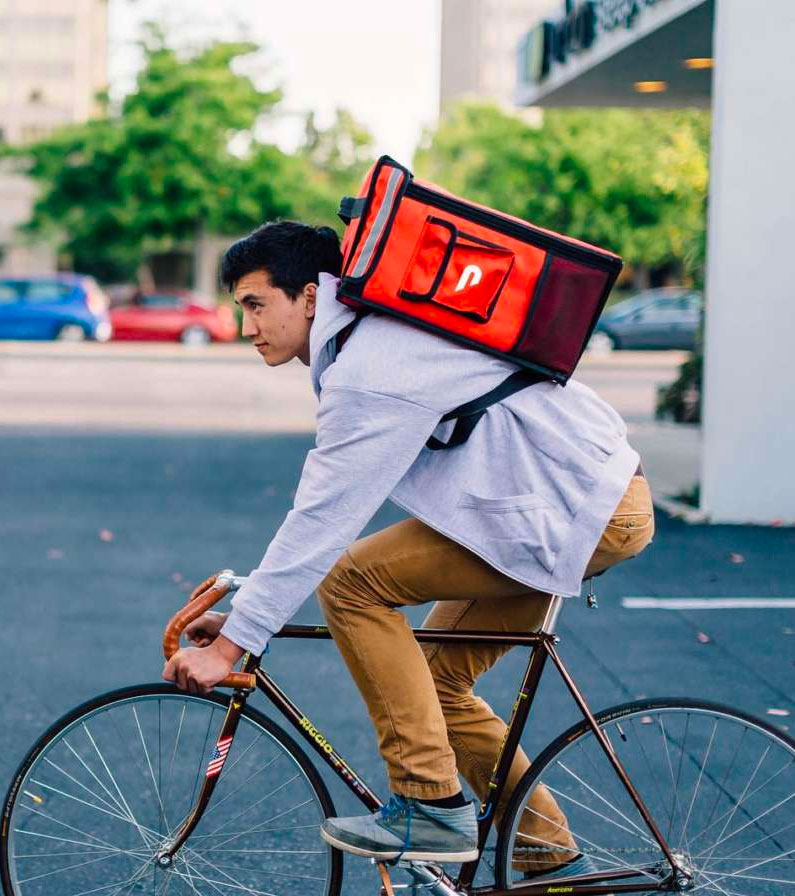 Fairly often, when I order food from DoorDash, I find that an item is missing. Of course, this should not be surprising, since DoorDash is a bizarre capitalist Rube Goldberg machine where every party – the restaurant, the driver, and DoorDash itself – seems to be having a bad time. It’s only fair that by patronizing and enabling this system, I should have a bad time too.

In their defense, DoorDash has long had a system for handling missing items. In the early days, they’d specially dispatch a driver to bring you the absent dish. This was impressive, but rather slow and hideously expensive for DoorDash.

In modern times, they scaled back to refunding the whole order if a part of it was missing. This leaves you a bit hungry, but it’s easy to get over a missing dragon roll when you’re eating free salmon nigiri. And let’s be honest, those dragon rolls taste so good that eating them might not have been advisable in the first place.

Still I’d often wonder, after receiving a notification that my dinner would be free, “How can this be sustainable?”

The answer will surprise you: it was not sustainable.

If you’re the sort of morbid person that likes to follow financial news about food delivery and other “gig economy” companies, you might have seen that, like its competitors, DoorDash has a margin in the range of negative 50%. That’s Wall Street speak for “giant cash-fuelled bonfire”.

As you may know, cash is not the ideal fuel for a bonfire, and as such it was only a matter of time before things changed. This year, the inevitable happened: DoorDash switched to only refunding the missing item. This is patently reasonable – I can’t fathom how many orders it would have taken for them to make up the cost of refunding me $40 when they missed a single salmon roll – but it can still be a downer.

For example, a few months back I ordered two personal pizzas – one for me and one for my wife. Only her pizza came. They refunded mine, but we still paid the full fee and tip, and I ended up eating cereal for dinner. My experience was not five stars. (For those keeping score, the cereal was Nature’s Path Flax Plus® Cinnamon Flakes, which are five stars.)

So it’s not great, but whatever. I shouldn’t be using a delivery app anyway. This is reasonable penance.

This week, things changed yet again. As it happens, my latest order was missing a mango tuna roll. Whether it was due to a policy change, a magic threshold, or my stubborn ass being too willing to keep ordering from restaurants that leave out items, DoorDash’s system flagged me as a problem customer. Perhaps the algorithm found it suspicious that anybody really wanted a mango tuna roll in the first place. I really can’t say.

In any case, the app informed me that I wasn’t getting the roll, and I wasn’t getting refunded for it, and if I was unsatisfied I should contact support. Eyebrow firmly raised, I politely informed their support chat about this injustice. The agent apologized, offered to “check what happened”, then after 60 seconds closed the chat.

A second attempt led to a message that they would no longer compensate me for missing food due to my account history.

The nerve! After the dozens of times I’ve offered them the opportunity to deliver me food at a loss, after all the money they’ve spent on me, they just toss me aside. They clearly don’t appreciate what a critical part of their business I am. I can only hope my tuna went to a good home.

I must say that it’s hard to justify using their service anymore if they’re going to continue charging me for food I didn’t get. From here on out, Doordash isn’t going to get any more chances to lose money on me, no sir.

Now, in theory, I should start ordering our sushi directly from the restaurant, but there’s a little complication: our preferred sushi place doesn’t have their own delivery.

Luckily for me, there are other fish in the sea. Not other sushi restaurants – there are hundreds of those, but any Vancouverite knows that finding the right sushi restaurant is a serious undertaking. But there are a variety of other delivery apps, eagerly waiting for a chance to bring my family sushi using their VCs’ money.

So for now, I’ll switch to another app. Maybe they’ll have a better system for helping the restaurant ensure the whole order is in the bag before it’s picked up. Or maybe they’ll find a way to earn enough money to comp the occasional wayward tuna and still stay in business. Or, most likely, they’ll just implode, one by one, until my entire generation starves – or at least becomes tragically deficient in Omega-3 acids.

In any case, so long DoorDash. Thanks for all the fish.